Since 2017, CJL has been releasing publications within the field of youth, in both portuguese and english language, with the collaboration of national and international partners, as well as translating and publishing various recommendations by the Council of Europe and other european institutions, in portuguese language. These are available for consultation in the Youth Documentation Centre in the CJL Loja Ponto JA information point, and in digital format.

In the context of the commemoration of the sixth CJL anniversary with the Council of Europe Quality Label, on 1 July 2021, the publication «Trabalho com jovens em foco» was launched, being a guide to the Recommendation CM/Rec(2017)4 – Youth Work by the Council of Europe, which aims to raise interest on the publication’s content from its potential users, as well as providing information and step-by-step guidance towards its implementation. It equally offers advice and examples of actions to take and policies to develop in order for youth work to be put under the focus of youth policies and so that it can make a difference in young people’s lives. 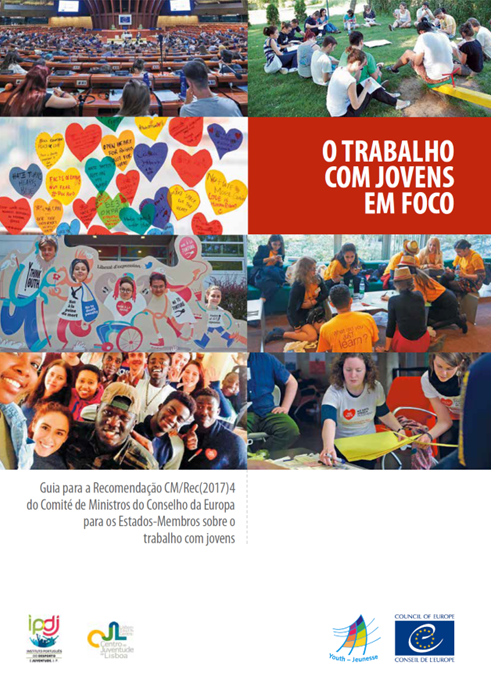 This is another publication launched by CJL, in digital and physical formats, being an  original work by ERYICA  and its French-speaking members (CIDJ France, CIJ Luxembourg, CIDJ Belgium and Inforjeunes Brussels), which aims to contribute towards the prevention of youth violent extremism through youth information, and which had the cooperation of the Council of Europe, and the support of the Bureau International Jeunesse (Belgium). 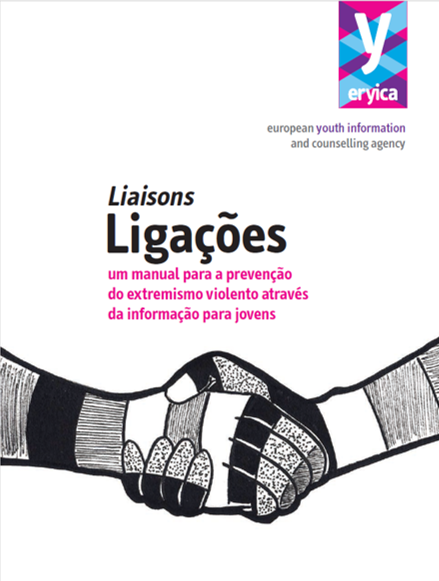 Within the context of the Lisbon Youth Centre (CJL) 5th anniversary with the Council of Europe Quality Label, on 1 July 2020, was launched the publication «Lisboa+21 - Políticas e Programas de Juventude numa Perspetiva Global» («Lisboa+21 – Youth Policies and Programmes from a Global Perspective»).

This is a project by the Portuguese Institute of Sports and Youth (IPDJ), published by CJL, resulting from a co-authorship by Ana Catarino, Carlos Manuel Pereira, Nora Kiss, Sofia Pimenta e Rita Saias, and having the World Conference of Ministers Responsible for Youth and Youth Forum «Lisboa+21», held in Portugal in June 2019, as background.

This bilingual publication (with portuguese and english versions), gives us the voice of the key stakeholders who assumed as their own the policy instruments with the ambition, and corresponding responsability, of shaping Youth policies and programmes, starting with the Lisboa+21 Declaration, making also an analysis of the National Plan for Youth. 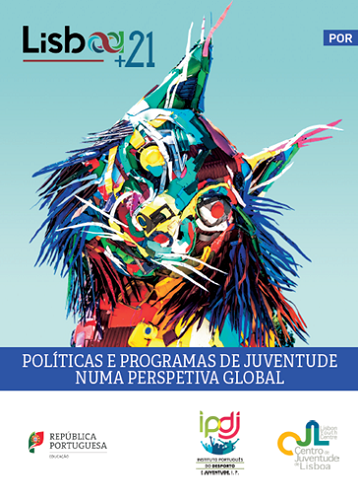 The publication consists of the portuguese translation of the Committee of Ministers' Resolution (2020)2 CM/Res(2020)2, on the Council of Europe (CoE) 2030 Youth Sector Strategy, adopted by the Committee of Ministers on 22 January 2020 at the 1365th meeting of the Ministers' Deputies, and aims at enabling young people across Europe to actively uphold, defend, promote and benefit from the Council of Europe’s core values - human rights, democracy and the rule of law -, reinforcing young people’s access to their rights. 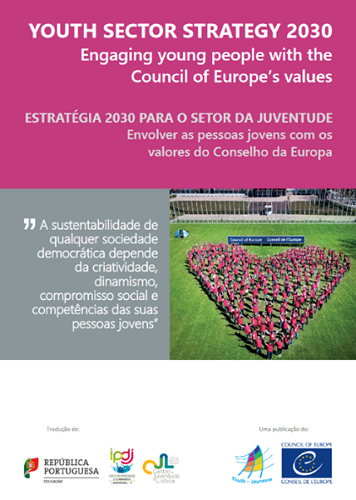 Originally developed by the European Youth Forum, the translation of this document into portuguese language results from the partnership between Lisbon Youth Centre (CJL) and the National Youth Council of Portugal (CNJ).

In this toolkit were gathered 8 quality standards and their respective indicators, allowing an adaptation to different organisations, providing tools, tips and strategies to assess the state of youth policies in their context, wether it is national, regional, local or European, and identify what works well or not, thus contributing to young people’s informed participation. 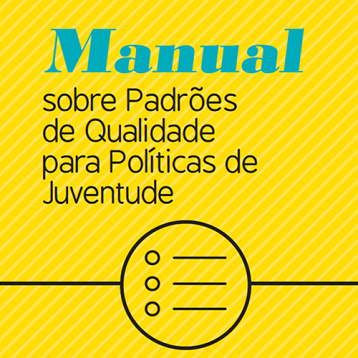 This is the Council of Europe (CoE) Recommendation CM/Rec(2019)4 on «Supporting young refugees in transition to adulthood», a tool, now available in portuguese, consisting of measures proposed by the CoE to the Member States, public authorities and organisations working for and with young people so that these can properly support young refugees in transition to adulthood. 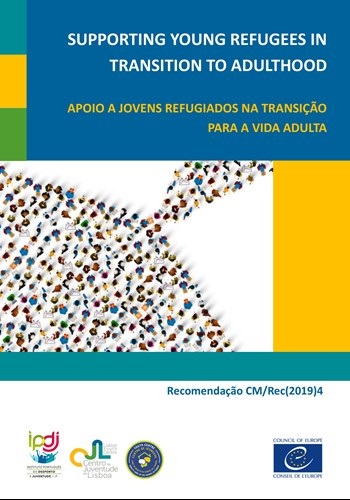 On 31 May 2017 the Council of Europe (CoE) Committee of Ministers adopted the Recommendation CM/Rec(2017)4 - «Youth Work», which addresses youth work in all its diversity. The goal is to encourage the member States to develop youth work policies and practices within their sphere of competence, inviting them to adopt a set of measures which give the necessary support to youth work at local, regional national and european level.
Youth work is a broad term which covers a variety of activities of social, cultural, educational, environmental and political nature, with and for young people, in groups or individually. Youth work is provided by remunerated workers or volunteers, and it is based on non formal learning processes focused on young people and voluntary participation.
Youth work is mostly a social practice, involving young people and the societies they live in, facilitating active participation and the inclusion of young people in their communities and decision-making processes. 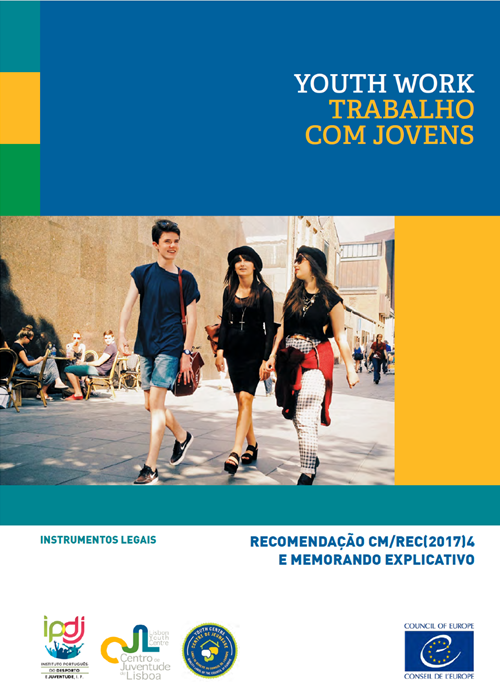 On 28 September 2016 the Council of Europe (CoE) Committee of Ministers adopted the Recommendation CM/Rec(2016)7 - «Young People’s Access to Rights», which aims to improve young people’s access to rights.

The measures proposed in this recommendation set strategies towards the improvement of young people’s access to rights which reflect the principles of universality and indivisibility of human rights, non discrimination and equality of opportunities, equality of gender, accountability, democracy, participation and intergenerational solidarity. 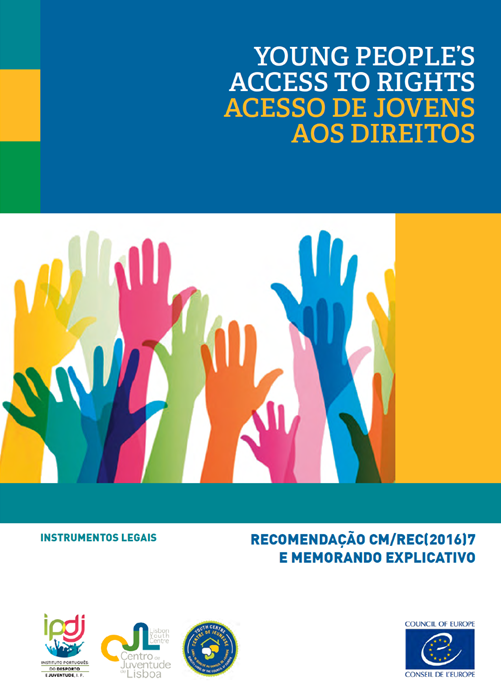 Bearing in mind the protection of social rights, namely those of young people from disadvantaged neighbourhoods, the Council of Europe (CoE) Committee of Ministers adopted, on 21 January 2015,  the Recommendation CM/Rec(2015)3 - «Access of Young People from Disadvantaged Neighbourhoods to Social Rights», based on the «Enter!» project, which, among its goals, develops policy proposals addressing situations of exclusion, discrimination and violence which affect young people, taking into account social rights.
These are proposals addressing what young people, youth workers and policy makers, on a local and regional level, consider essential for the social inclusion of young people living in Europe. 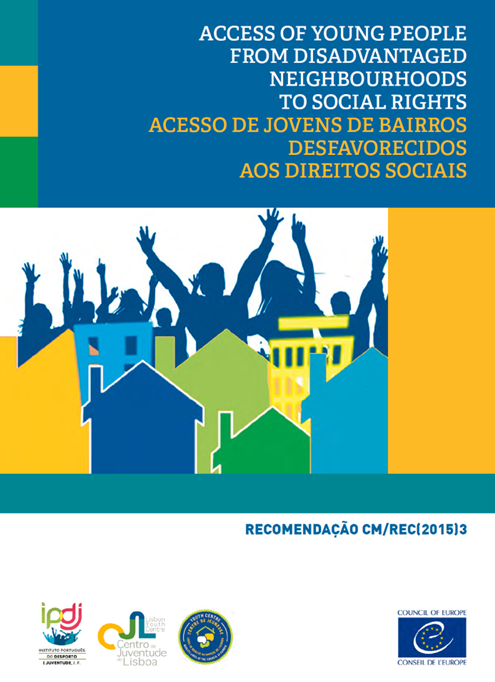 This work results from a challenge proposed by Lisbon Youth Centre to the Portuguese Network of Young People for Gender Equality (REDE), and it addresses the subjects of Youth, Roma Communities and Gender Equality, and the history of the roma community, its origin, culture and traditions, as well as some principles, general concepts and dynamics of non formal education towards the promotion of Human Rights and Gender Equality. 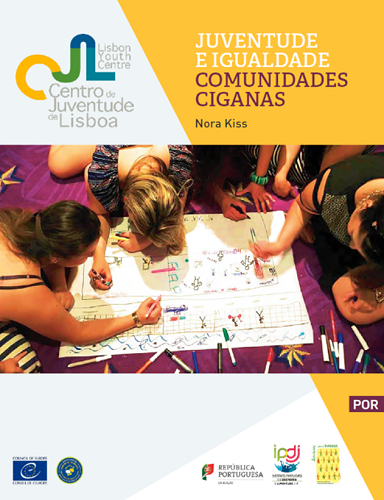 This publication is a result from the contribution and collaboration of various Lisbon Youth Centre (CJL) partners and it presents the work which the Portuguese Institute of Sports and Youth (IPDJ), CJL and its partners have developed towards the promotion of young people’s citizenship and participation through Non Formal Education. From the Council of Europe to the IPDJ programmes and the activities developed in cooperation with the CJL partners, this book addresses good practices to take into account while working with or for young people, as well as the role of the key actors in youth development. 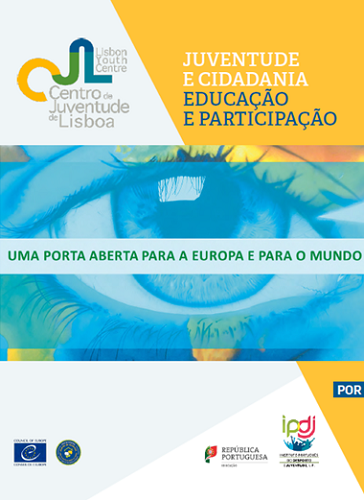 Successfully subscribed newsletter Did not subscribe to the Newsletter. Please try again later

We use cookies on our website to give you the best experience. By continuing to browse, you are authorize our use of these cookies. However, if you want to know more information, namely how to change your settings, see our Policy .